IMPORTANT - The correct size and type of fid related to the size of rope must be used.

Excluding the marks on strand pairs of the sheath where cutting for tapering takes place there are 4 principal marks to be made on the sheath and 3 on the core.

These marks should be very clearly defined and readily identifiable.

Chinagraph pencils or similar are recommended for marking.

4. Marking the Sheath for Tapering

6. Inserting the Sheath Inside the Core

7. Returning the Core into Sheath 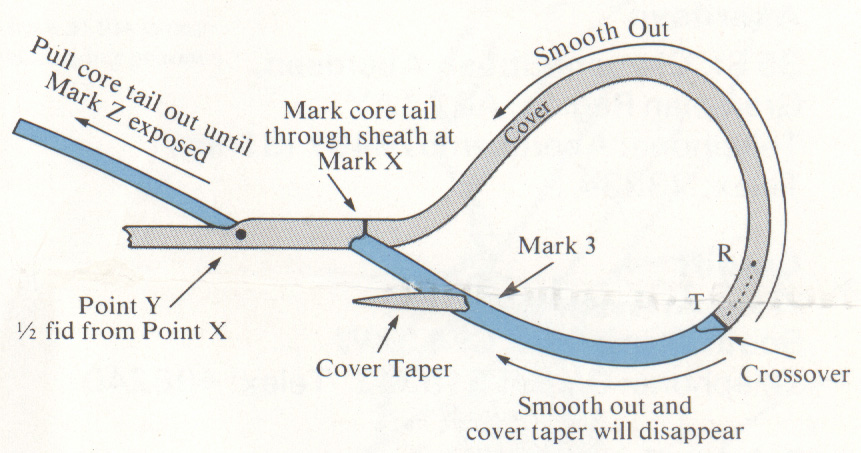